By Dominik Megert of Offerz

If you look at any map of the European Union or Economic Area, there is a very nice shaped area called Switzerland! It’s full of cheese, chocolate, knives and nice people.

Let’s start with the basics:

Maybe we’ve changed some of what you thought you knew about Switzerland!

Firstly, let’s start with why the market in Switzerland is a challenge?

From the perspective of being outside of Switzerland, it’s hard to join the market. We have different laws, taxes and other things, which differ from those in the EU. For anyone who wants to enter the Swiss market, as an example, a global streaming service, they will as a minimum need to fulfil all the languages, mostly the 3 common ones including English (Romansh isn’t spoken a lot). We’ve already noticed that some Studios count Switzerland as Germany, France or Italy based on their languages. So as a Swiss Citizen who subscribes to a streaming service, sometimes you have different content based on the language!

Switzerland is very small compared to other countries, but we already have 9 million people living here! Our BIP (GDP) is 752 Billion, almost double that of Austria (with 446 billion in 2019/2020), even though we have almost the same number of people! (sorry neighbours)!. Germany has 10x more people, but only 5x more GDP. So we can say, Switzerland as a country is working very well, small and effective, as all things should be!

We have our own strong Swiss Franc, very strong. It’s great most of the time but can suffer. Offerz is meanwhile a big player in the digital gift card business in Switzerland. Unfortunately, we’ve seen many times global brands “ignoring” Switzerland for different reasons. Mostly we would guess that this is because of our currency. Those brands would need their own gift card currency and cards (because of the language). Whenever we hear a “new gift card is launched”, “new streaming service is launched”, mostly, it starts in Germany/Austria, but not in Switzerland.

Why is it a great place to do business?

If you’ve read the topics before, you know we’re a strong country with a good work ethic and, yes, money. We have many millionaires living here, and a strong purchasing power. Switzerland is on par with 3 of the highest foreign exchange reserves in the world but is in 132nd place on the ranking of biggest countries based on the area.

When it comes to gift card sales, the average card in Germany is around 20-25€ and in Switzerland, it is 48-55 CHF (double the amount!). We also have a high tech standard and smartphone coverage (almost 50% with Apple phones!)

So Switzerland shouldn’t be the second focus.

Offerz has the biggest catalogue of digital gift cards in Switzerland. Since we’re fully digital, we don’t suffer border or logistical problems! Simply connect with us and start selling gift cards through offerz.ch for Swiss people (of course in Swiss Francs 😉 ).

On the other side, we can also help out Global companies with Swiss employees. Simply connect to our API to order gift cards from >80 great brands.

Switzerland is small but very strong. You shouldn’t miss out on a gift card launch in our country because of all the positive points above. For Switzerland, offerz is your Partner in crime! 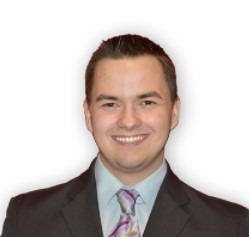 About the Author: The Gift Club